The Borough Clerk and Tax Office is officially open to the public.

You must wear a mask and due to the size of our public area, only one (1) person is allowed to be inside in order to conduct business safely.
Thank you for your cooperation and understanding on this matter.

Please note that if the courthouse is still closed at that time due to COVID-19 , the hearing may take place via video conference. Information about courtroom closings are available at njcourts.gov, and if the court is still closed at that point, any interested party should contact the office of Nancy L. Holm , Esq. of Surenian , Edwards & Nolan, LLC at 732-612-3100 at least 48 hours in advance of the hearing to dete1mine how they can participate.

Fair Share Housing Center (“FSHC”) , a public interest organization representing the housing rights of New Jersey’s low and moderate-income households, an interested party in connection with the above-referenced lawsuit, has sought to enhance opportunities for low and moderate income housing within the Borough of West Wildwood. The Borough of West Wildwood and FSHC have resolved various substantive issues concerning West Wildwood ‘s affordable housing “fair share” and the means by which the Borough intends to satisfy those obligations, subject to all required public hearings. The terms of the settlement have been memorialized in the formal Settlement Agreement referenced above.

The terms of the settlement include , but are not limited to, the following:

Satisfaction of the Prior Round and Round 3 Obligation: Due to a lack of vacant , developable land, the Borough of West Wildwood ‘s new construction obligation has been adjusted downward. The parties agree that the Borough has a Realistic Development Potential (RDP) of zero (0) units, in accordance with the Vacant Land Analysis attached to the Settlement Agreement as Exhibit A.

For the purposes of settlement , the Borough agrees to address the 72-unit remaining portion , also known as its “unmet need ,” of its allocation of the Prior Round and Round 3 regional need through the following mechanisms:

• Density of 12 family units per acre;

• The lots would be on Glenwood A venue between A venues E and J and are delineated further in the Settlement Agreement.

• A density of 12 family units per acre with a 20% affo rdable housing set-aside for for-sale units, or a 15% set -aside for rental units. • The lots would be those bounded by West, East, North, and Center Drives, known as Blocks 152 through 162.

• Vacation of paper streets adjoining these lots in connection with a request by a prospective developer of lots in this overlay zone in order to make such development feasible. c) Mandatory Set Aside Ordinance: The Borough shall adopt an ordinance in the remaining zoning districts requiring the following:

Any interested party, including any low- or moderate-income person residing in the housing region, any organization representing the interests of low- and moderate-income persons, any owner of property in the Borough of West Wildwood, or any organization representing the interests of owners of property in the Borough of West Wildwood may file comments on, or objections to, the proposed Settlement Agreement. The Borough requests that all objections provide: 1) A clear and complete statement as to each aspect of the municipality’s Settlement Agreement contested by the objector; 2) An explanation of the basis for each objection; 3) Copies of all such expert reports , studies, or other data relied upon by the objector. Such comments or objections, together with copies of any supporting affidavits or other documents, must be filed in writing, on or before October 19, 2020 at 4:00 p.m. with the Honorable John C. Porto , J.S.C, at Atlantic County Courthouse located at 1201 Bacharach Boulevard, Atlantic City, NJ 08401 , with copies of all papers being forwarded by mail or e-mail to:

This Notice is intended to inform all interested parties of the existence of the proposed Settlement Agreement and the possible consequences of Court approval of the Settlement Agreement, which may ultimately lead to a Judgment of Compliance and Repose or the judicial equivalent of a grant of Substantive Certification pursuant to the New Jersey Fair Housing Act, N.J.S.A. 52:27D -301 to -329. It does not indicate any view by the Court as to the merits of the Borough’s Mount Laurel Declaratory Action, the fairness, reasonableness , or adequacy of the proposed settlement , or whether the Court will approve the Settlement Agreement. 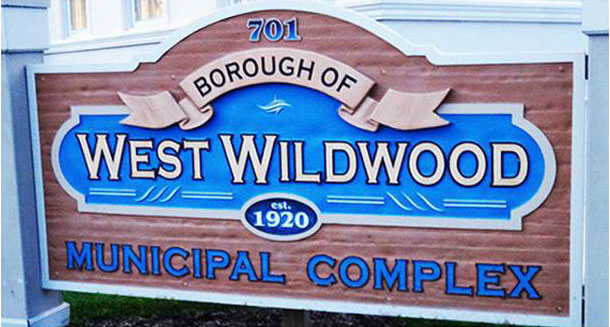 “Upgrading the infrastructure that delivers safe drinking water and modern wastewater management facilities will improve public health and drive economic development in our small towns and cities,” Deputy Under Secretary for Rural Development Bette Brand stated. “Under the leadership of President Trump and Agriculture Secretary Perdue, USDA continues to be a strong partner with rural communities, because we know that when rural America thrives, all of America thrives.”

According to an Aug. 3 release, State Director Michael Thulen Jr. announced that New Jersey is investing over $8 million through the Water and Waste Disposal Loan and Grant Program. “These vital infrastructure investments are exactly what the Presidential Task Force on Rural Prosperity identified, our Congressional leaders would like to see, and USDA Rural Development wants delivered into our rural areas that can benefit most from these investments. I’m grateful that we have dedicated communities thinking of their future, and our NJ Rural Development federal employees are there to serve their communities.”

USDA is funding 161 projects through the Water and Waste Disposal Loan and Grant Program. These investments will benefit 467,000 residents. The following are examples of projects being funded in New Jersey under today’s announcement.

The health and welfare of our community is paramount. As the summer approaches we expect more people outside enjoying our natural environment. Please keep in mind the importance of social distancing, wearing a facial covering when social distancing is not possible and frequent hand washing. With everyone’s cooperation our community can stay as healthy as possible during this time.

In light of the recent problems with older decks, the Borough of West Wildwood is recommending that every property owner check their exterior deck for damage, excessive wear and other problems. Please be advised that prolonged exposure to severe weather combined with the moisture levels and salt air in the coastal environment can cause serious damage to exterior decks, structural supports and attachments to the main structure. Proper routine maintenance of these exterior decks, porches and balconies should prevent structural problems and possible failures.

In the event that the deck is not stable or shows signs of instability, a review should be obtained from a registered architect or licensed engineer to obtain recommendations for repairs to render the structure safe. The City of Wildwood’s construction office will assist you with properly following procedures regarding an unsafe structure and the application process for obtaining construction permits for repair.
Please keep in mind that it is the responsibility of every property and building owner to ensure that their structure is maintained in a safe condition free of hazards.

Thank you for your cooperation and attention to this important life safety matter.

Please take notice to the following changes to the Cape May County Recycling Program.

Bulky mixed rigid plastics and shredded paper will no longer be accepted as recyclable materials.

Effective October 1, 2019 these items will be placed with regular household trash for pick-up.

Bulky mixed rigid plastics regardless of size and color include plastic laundry baskets, plastic toys and playhouses, plastic lawn furniture, empty plastic trashcans, and plastic coolers. Along with shredded paper, these items must be disposed of as trash.

Thank you in advance for your cooperation in this very important matter.

Have questions about what material goes where?

How do I dispose of…? 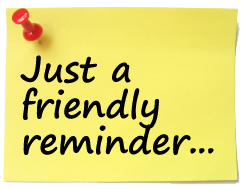 PAYMENTS WILL ONLY BE ACCEPTED PRIOR TO 3:00pm  EACH DAY. 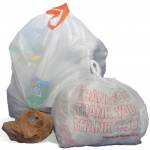 The Borough Appreciates and Thanks You for Your Recycling Efforts. However the Cape May County MUA Has Brought an Issue to the Borough’s Attention.

THE BOROUGH NEEDS YOUR ASSISTANCE IN RESOLVING THIS MATTER.

PLASTIC BAGS ARE NOT PERMITTED TO HOLD ANY RECYCLABLE MATERIALS

This Causes Operational and Equipment Problems for the County MUA.

Thank You for Your Continued Cooperation.

9:00 AM – WORKSHOP MEETING DATES
OFFICIAL ACTION MAY BE TAKEN

Donate to Our Brick Walk

A "Memorial Walk" of bricks has been started in the Neptune Ave Park. Each brick is available for a donation of $75.00 and will be imprinted with 3 lines, 13 characters, including spaces per line. To reserve your memorial brick please contact Borough Hall at 609-522-4845